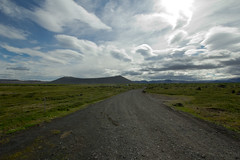 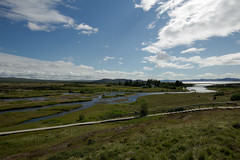 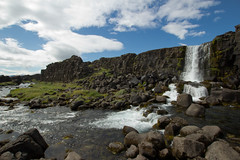 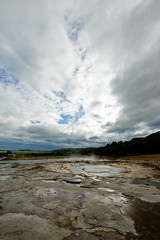 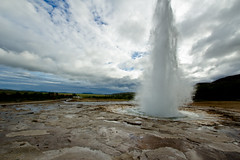 The CHRONOS project integrates concepts of ecophysiology, evolution, quantitative genetics and genomics into a novel framework for the study of climate adaptation. The project includes the presentation of an evolution and resequencing (E&R) study on plants carried out in a natural environment (in situ E&R). This E&R study aims to directly assess the adaptation of plants in situ to climate change using a resurrection approach with populations sampled with a high temporal difference (c. a. 50 years). Additionally, it aims to identify adaptive genes associated with both phenotypic responses to climate and phenotypic plasticity in natural plant populations. From a technical point of view, our interdisciplinary approach could establish a new framework for the study of the genomics of adaptation to climate change using allochronic data. We apply this methodological framework to the species Festuca pratensis, a perennial fodder grass of high agronomic value that is dominant in natural and semi-natural grasslands in Europe.

Grasslands represent the most widespread agricultural land-use over Europe. They are the basic source of feed for livestock and provide essential ecological services. Modern breeding has only taken advantage of a limited part of the potentially useful genetic variations existing in nature. This natural diversity still represents an essential genetic resource for breeding to improve forage production or adaptation to environmental constraints. Grassland species are indeed adapted to their local environment, but there is a risk that local populations will often lack sufficient variation to adapt rapid climatic shifts. I focus on Lolium perenne L. (perennial ryegrass), which is a major grass species naturally distributed over Europe and surroundings. The objectives are: i) to reconstruct the evolutionary history of wild Lolium pernn, and ii) to use landscape genomics and cuantitative gentetics tools to discover genetic variability involved in climatic adaptation in natural populations. The final aim is to identify genomic polymorphisms in perennial ryegrass expected to provide adaptation to future climatic conditions.

Adaptation and evolution of wild alfalfa: a genomic approach (AlfalfaEvolution)

The Eurasian genus Medicago is best known for the perennial species M. sativa (alfalfa). Alfalfa is the world’s oldest, most important, and most intensively studied fodder crop. There is huge promise for extending the importance of alfalfa well beyond its present primary use as a feed for livestock. This species has potential uses in several domains such as:  pharmaceuticals, biodegradable plastics, biofuels, textiles, and human nourishing. Medicago sativa is a polymorphic species with a variation pattern that has been complicated by hybridization and gene flow, mediated naturally or by human forces. The objectives are to characterize wild genetic pools and investigate genomic footprints of adaptation to climate in wild Medigaco sativa and the model species Medicago truncatula. Identification of genes responsible for climatic adaptation could be helpful to develop breeding programs aiming to create new varieties adapted to a changing climate.